From very childhood Abhirup was having a keen interest in rhythms and his parents SHRI SWARUP KUMAR ROY and SMT. MITALI ROY put all the efforts to shape it as a passion and as a professional artist. Abhirup was born in a musical family therefore his upbringing was between several artists and legends which helped him to realize the taste of different genre of Indian music. At the age of 2 and ½ years he was introduced to TABLA by his father and his first guru SHRI SWARUP KUMAR ROY. SHRI SWARUP KUMAR ROY         was the very first disciple of Tabla maestro PANDIT KUMAR BOSE. In the latter stage abhirup was taken to PANDIT KUMAR BOSE by his father in the year 1993 for his advanced TAALIM in Tabla. Abhirup’s TAALIM was under a strict discipline from his guru PANDIT KUMAR BOSE and has got to know different aspects of BENARAS GHARANA (like style, esthetics, philosophy, taste dynamics etc.). 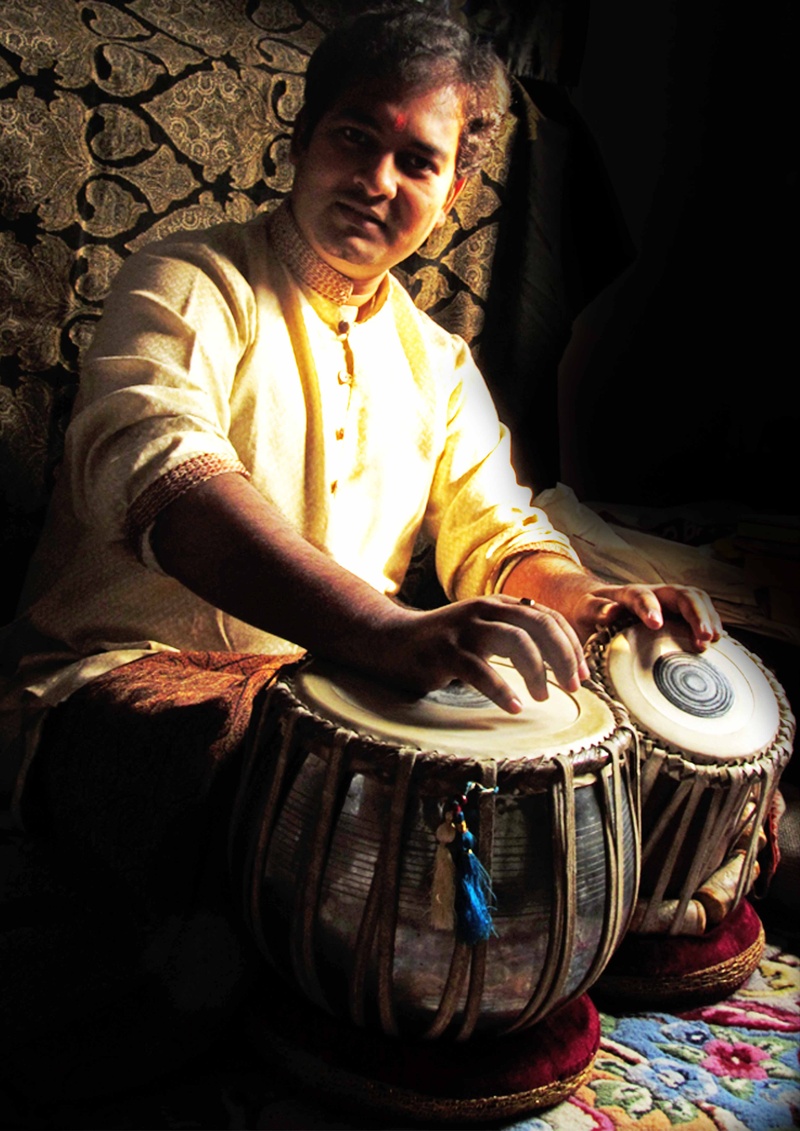 In his 24 years of Tabla career he has participated in several competitions and performed in few satellite channels, radio and so many live concerts as a solo artist and as an accompanying artist. He has also come across with different kinds of rhythm projects. In few shows out of these he took participation as an artist and few of them was composed and assisted by him. He also assisted PANDIT KUMAR BOSE in his various rhythm projects.  Latterly he has started to work as a music director in few short films and television projects. As a director he has scored the music for a band called “JOURNEY” which is based on pure INDIAN AND WESTERN forms of Classical Music.

Leaderhip – project on “How to became a Good Leader- Short Film